For over 40 years, Medicare offered no retail prescription drug coverage. Can you imagine?

While Medicare Part B has always covered medications administered in a doctor’s office or hospital setting, just a few years ago our nation’s seniors often paid 100% out of pocket for their outpatient medications. It was not uncommon for people to choose between medications and food or rent. Part D came as welcome relief in 2006.

That’s not to say that understanding Part D is easy. It has 4 phases and a big hole in the middle. However, it has catastrophic coverage to protect beneficiaries from disastrous drug spending each year. Let’s take a look at how prescriptions are covered by Medicare Part D.

The Four Phases of Part D
Though drug coverage is now an official “part” of Medicare, you purchase Part D drug plans from private insurance companies. Medicare regulates the plans and sets the basic plan structure, which all Part D plans must follow, even those that are rolled into a Medicare Advantage plan. It has four phases. However, within that structure, individual insurance companies have a lot of flexibility.

The first phase is the Part D Deductible. Medicare sets the limit for the deductible each year. Plans can charge a deductible up to that amount, but not higher. Some plans require you to pay the full deductible up front before you reach the second phase where your drug copays kick in. Other plans waive the deductible or charge a partial deductible. It’s up to the plan.

Once the deductible is satisfied, you’ll move on to phase 2, which is called Initial Coverage. Each plan develops its own drug formulary and the medications are generally divided into 5 tiers. Lower tiers are cheaper and often include lots of generic options. Higher tiers cost more and include brand-name or specialty medications.

Each tier has a copay or coinsurance associated with it. For example, you might find one plan offering Tier 3 brand name drugs at a $45 copay, while another plan might charge 20% for Tier 3 medications. Every time you fill a medication, the plan reports the spending for that drug to Medicare. This includes the total cost of the drug, or in other words, the amount the plan spent on the drug plus your copay.

The Dreaded Donut Hole
While Medicare refers to this phase as a coverage gap, the public has taken to calling it the donut hole. That’s because when you enter the gap, your drug spending typically increases. In 2018, for example, you’ll pay 35% of the cost of brand name drugs in the gap, and 44% of the cost of generics.

The donut hole was created to encourage you to use cheaper drugs whenever possible. This reduces your spending and the spending overall by Medicare Part D. If you reach the gap, the insurance company will continue to track its spending and your spending. If that spending reaches the catastrophic coverage level, then some welcome relief is in sight.

Once you reach the catastrophic coverage cap (set at $5000 for 2018), the insurance company has to pay for 95% of the cost of your covered medications for the rest of the year. Then everything resets in January. This cap is responsible for saving millions of people a great deal of money every year.

Annual Drug Plan Changes
As mentioned above, every plan has its own formulary, premiums, drug tiers and even pharmacy network. You should always review the formulary carefully before enrolling in a plan. Check to see if there are any restrictions on your medications, such as prior authorization requirements or quantity limits.

Also, be aware that Medicare changes the threshold levels for each phase every year. The insurance companies then modify the plan design. You’ll receive an Annual Notice of Change in the mail every September giving you the details for the plan in the upcoming year.

If you are unhappy with those changes, just visit the Medicare website and use their plan finder tool to review your other options. You can apply to change your drug plan anytime from October 15th until December 7th. Your new coverage will begin January 1st.

With thanks to contributing editor Danielle Kunkle. 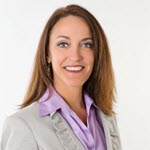 Danielle is the co-founder of Boomer Benefits, a licensed insurance agency that helps baby boomers and seniors navigate Medicare.

Note: Medicare rules are complex and can change. Be sure to research your particular need and discuss your situation with your doctor, Medicare, or an insurance agent.