Are Dementia and Alzheimer’s the same?

Dementia and Alzheimer’s are not the same even though many people use the terms interchangeably. Dementia is not a disease. Dementia is the category of symptoms that shows a decline in cognitive ability severe enough to interfere with activities of daily living. Alzheimer’s is a neurodegenerative disease.

If a loved one is having problems with two or more of these four core mental abilities: recent memory, language, visuospatial function, or executive function, they may be showing signs that can qualify as dementia. To qualify as a dementia, part of the diagnostic process is to look for these changes.

I use the term “may” because issues with these core mental abilities can be caused by more than a neurodegenerative disease. They can be caused by conditions like hearing loss or a Urinary Tract Infection (UTI). In fact, there are typically multiple causes when a person is showing this type of decline, which is why getting diagnosed is so important. Diagnosis requires several evaluations and is a rule-out diagnosis. Through the diagnostic process, they can be 90%-95% accurate in determining the cause of the symptoms of the dementia.

With thanks to my collaboration partner, Amy Matthews of Engaging Alzheimer’s LLC 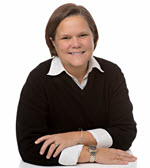